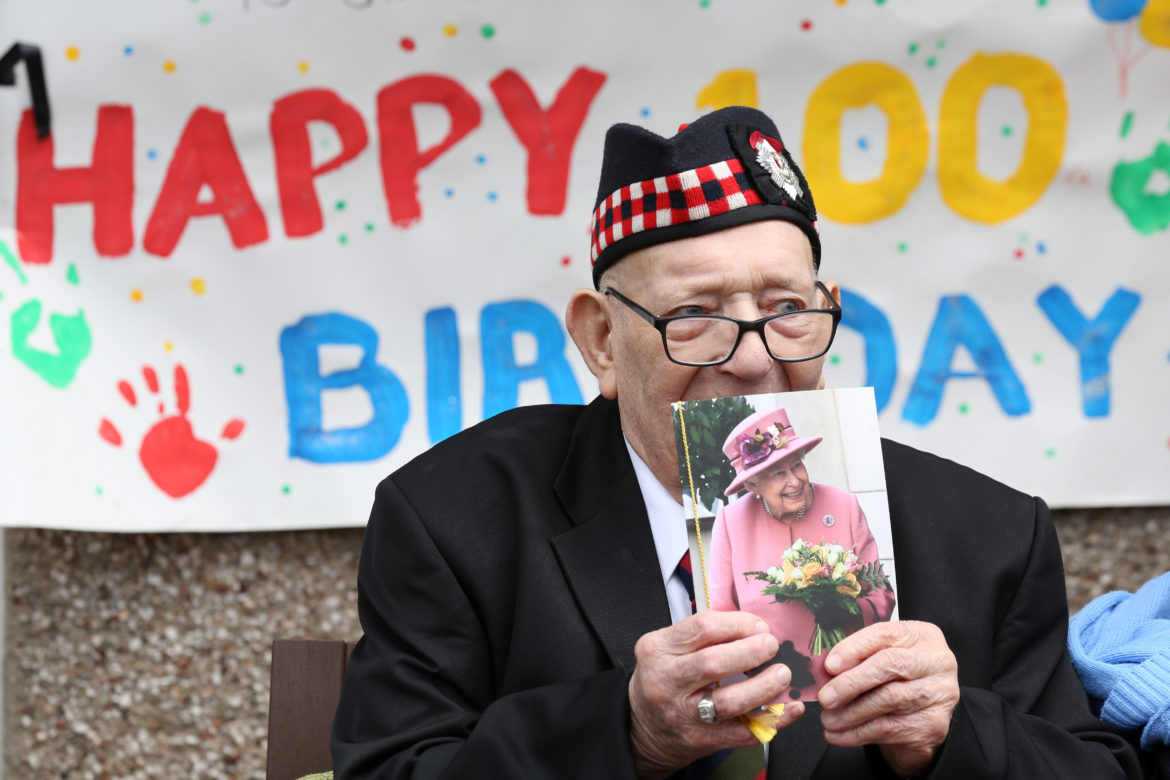 George Simpson, a Royal Scots veteran based in Midlothian, who fought at Le Paradis and spent time in a POW camp in Poland, celebrates his 100th birthday on Thursday 07 May 2020.  He is unable to enjoy a family celebration because of the country’s ongoing battle to defeat the invisible enemy, COVID-19. 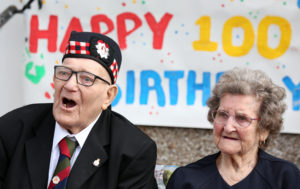 Former Royal Scots George Simpson 100 today and his wife Betty listen to favourite pipe tunes as pipers from the Royal Scots play for him outside his house in Danderhall, Midlothian. Neighbours on their doorsteps look on. Photo David Cheskin.

George Simpson was wounded and subsequently captured during the action at Le Paradis, 40 miles south of the Channel in May 1940, when The Royal Scots, as part of 4 Brigade, had a pivotal role to delay the enemy advance to allow the evacuation from Dunkirk to happen.  Their orders were to fight to the last man. Following his capture after injury, George spent five years as a prisoner of war in Poland. 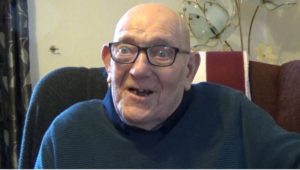 “George is a marvellous man who is very proud of his family. He is very matter of fact about his time, 80 years ago, fighting for King and Country; when discussing with him his time as a Royal Scot he said: “I had to do it to ensure that Britain’s freedom was preserved”. The Royal Scots Regimental Family wish him Many Happy Returns of the Day; a piper from our Regimental Association Pipe Band will play for him outside his house.” 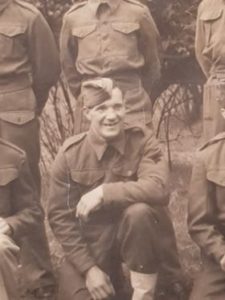 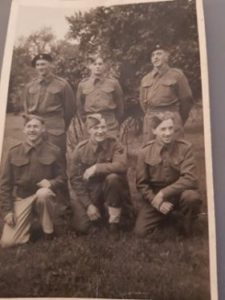 In 2006, The Royal Regiment of Scotland was formed from its predecessor Scottish Infantry Regiments; after 373 years of unbroken service, The Royal Scots left the British Army’s order of battle.

Details of the Regiment’s history are available on our web site. http://www.theroyalscots.co.uk/

George, tells how in 1937 at the age of 17, a time when there was high unemployment in Britain, unable to find any work whatsoever, he had to sign on at the Labour Bureau (the Brew) similar to the Job Centres of today.  Walking back down Cockburn Street in Edinburgh he came across the Army Recruiting Centre. In the window, he saw what the Army was offering. Clothing, Accommodation, Breakfast, Dinner, Tea, Supper and Pay. Tempted by this he went in and asked if he could join. The recruiting Sgt said yes, George asked The Royal Scots? Yes. The Sgt replied. He was given a medical, which he passed, then the Sgt asked him how old he was and told him he had to be truthful. George told him he was 17, the Sgt told him to go for a walk around the block, and when he came back, he was to be 18.  Thus, George found himself a Soldier in the Royal Scots.

He was given a railway warrant, with instructions to get a train to Auchendinny, which George thought was miles away. In fact, it was a short train journey and he found himself walking through the gates of Glencorse Barracks, The Royal Scots Depot, in Penicuik, on the outskirts of Edinburgh.  Life in the Army had begun.

After his initial training, and kitting out, he was posted to the 2nd Battalion based in Aldershot. In September 1939, the Battalion was mobilised for war, life was busy with preparations, gathering equipment and supplies together. The Battalion sailed from Portsmouth on the 21 September 1939, bound for Cherbourg.  On arrival the Battalion moved and eventually took up front line positions on the Franco-Belgian border.  There it remained for the winter of 1939-40, one of the coldest winters for many years.

George experienced his first encounter with the enemy on his birthday, 7 May 1940, when the Germans invaded Belgium. He tells of the Battalion moving to Wavre, not far from Brussels. From then on they were engaged with the enemy, suffering many losses.

The Battalion having been ordered to move back towards Dunkirk, during which George says they were engaged in skirmishes all the way, took up a defensive position in La Paradis, France.  There, George was wounded in the leg by shrapnel and found himself in an ambulance being taken to Dunkirk. However, a decision had been made that no wounded were to be taken to Dunkirk and he was taken to a French hospital, where he was captured and became a Prisoner of War.

George describes a journey of great hardship as he was moved from France to his eventual destination, a POW Camp in Poland. There was a lack of food, water or facilities. Boarded onto Cattle trucks, with other POW, after a week they eventually arrived at Stalag XXA 2 A (also known as 357) in Thorn Poland. He was given a POW Number 15835, and would remain there for five years. Life in the Camp was harsh, lack of basic comforts and food, starvation point.

The prisoners in his camp had to work. He was sent to work on the railways, loading material for the Front. As leader, George, together with his compatriots were concerned that this material could be used against the British and their Allies, as they did not know what it was or where it was bound for.   They decided to refuse to do this work.  George was put before the Commandant and given three months detention.

Relief came when the Russian tanks arrived and ploughed through the wire fencing.  The Prisoners were handed over to the Americans, who arranged for them to be brought under the wing of the British. Arrangements were made to fly them back to Britain. After being issued with new uniforms and documentation, a special train coach was provided for them to travel to Scotland. Finally, they arrived back at Edinburgh Waverley Station.

After having some leave George, still in the Army took up a post in the Military Training School Lanark, training new young recruits, a post he held for two years.

Army life over, George worked in Duncan’s Chocolate Factory in Edinburgh for 40 years.

A family Man, he is married with 3 Sons, 5 Daughters, 15 Grandchildren and 27 Great Grand Children, number 28 is on its way. 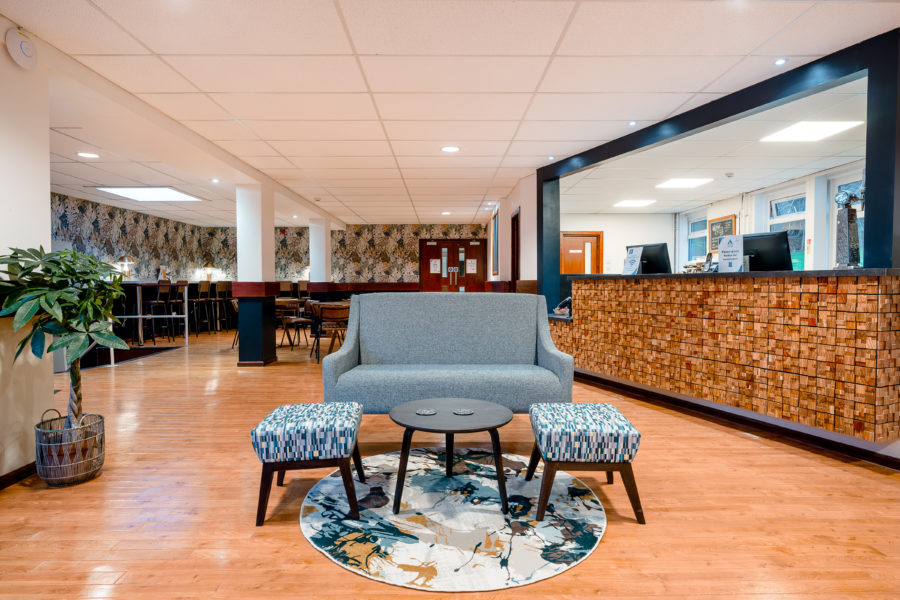 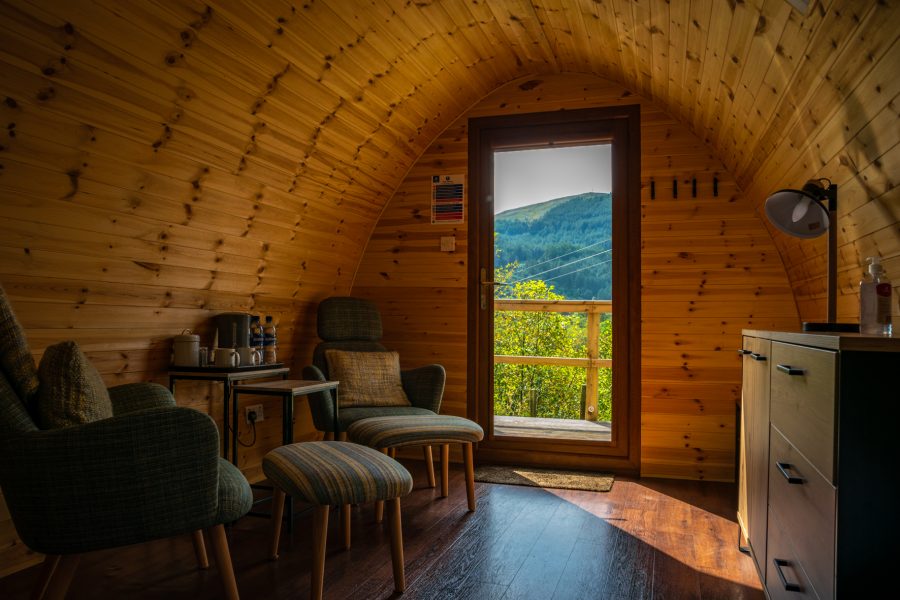 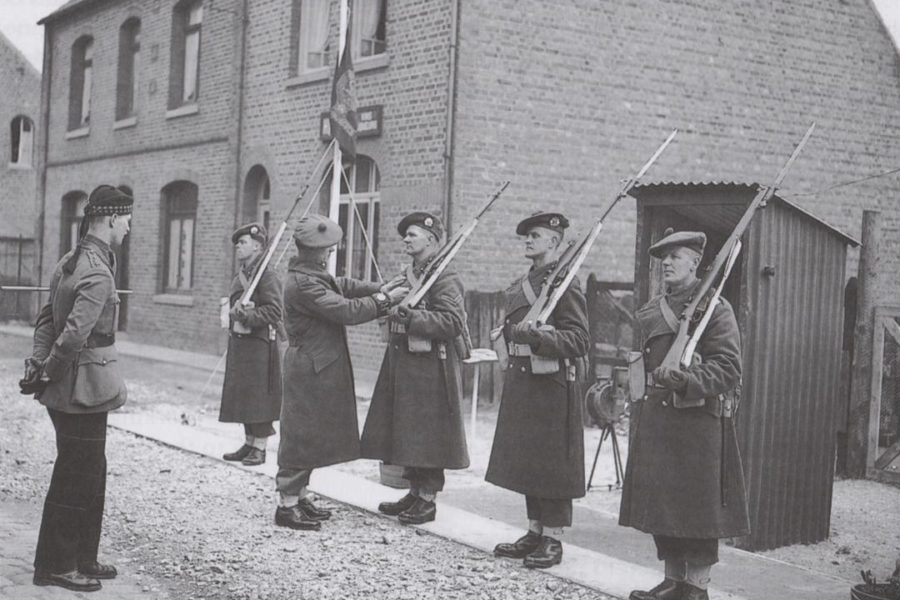 Dunkirk – The Untold Story of The Royal Scots 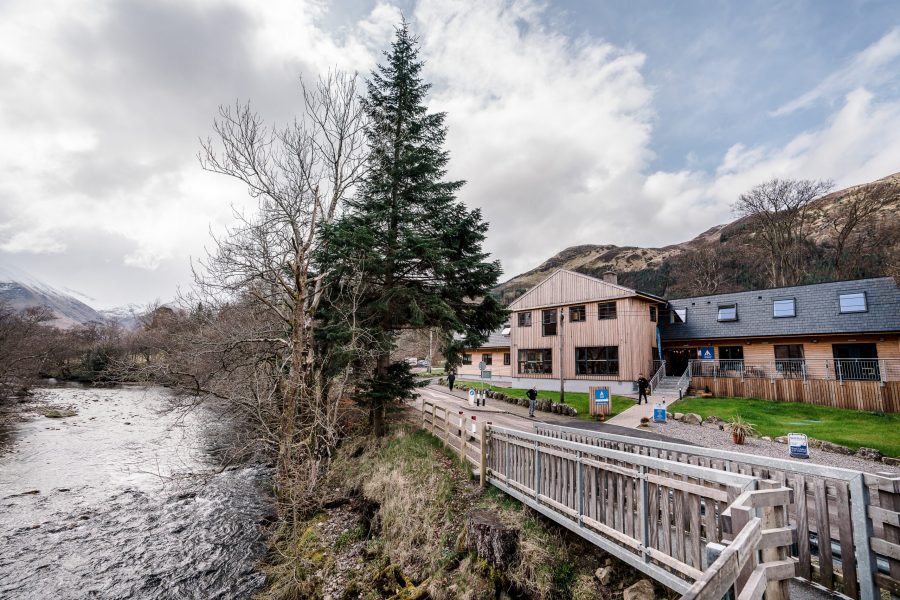 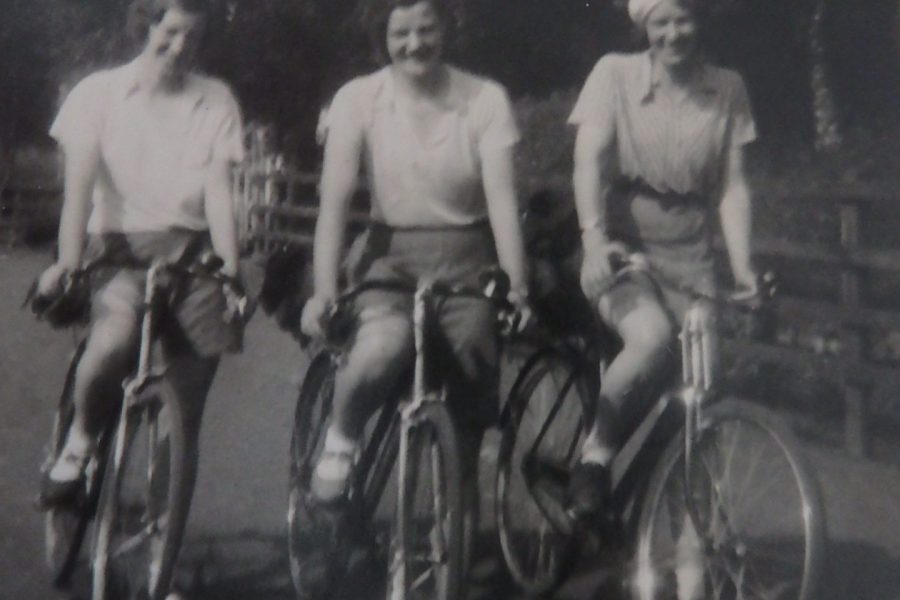 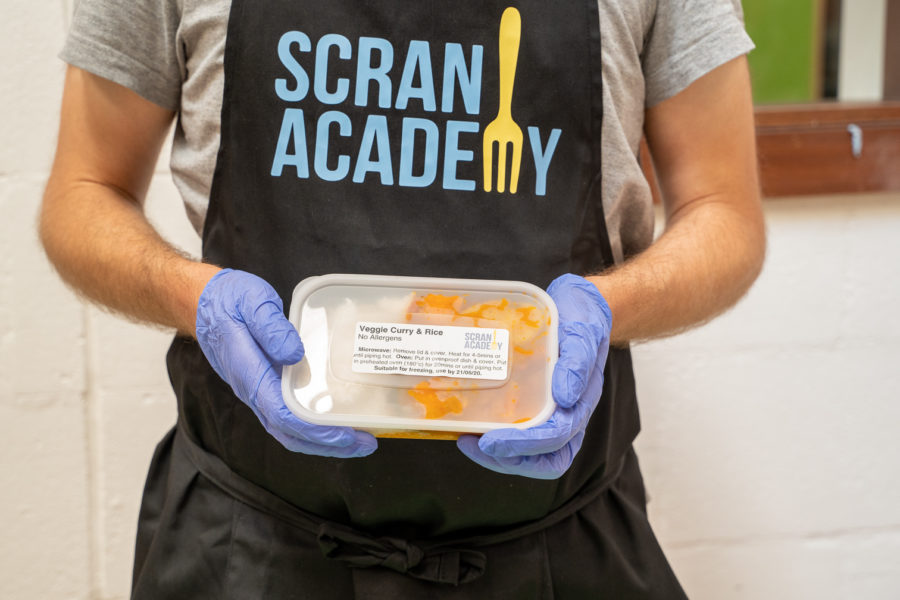 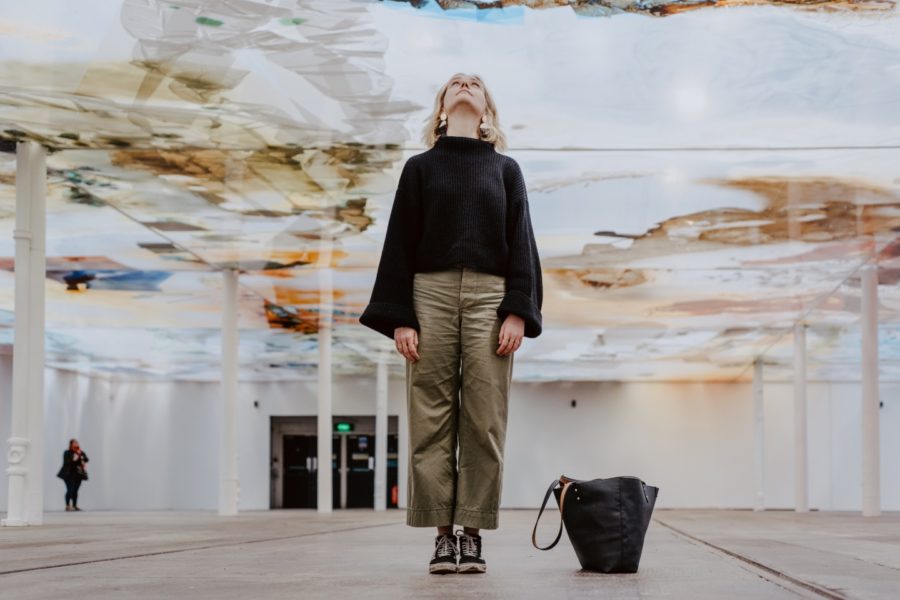 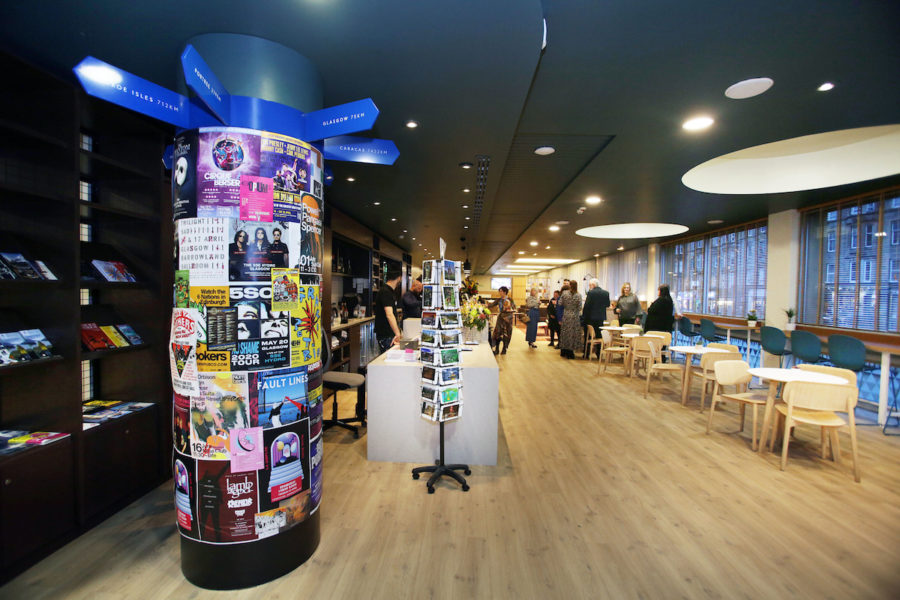 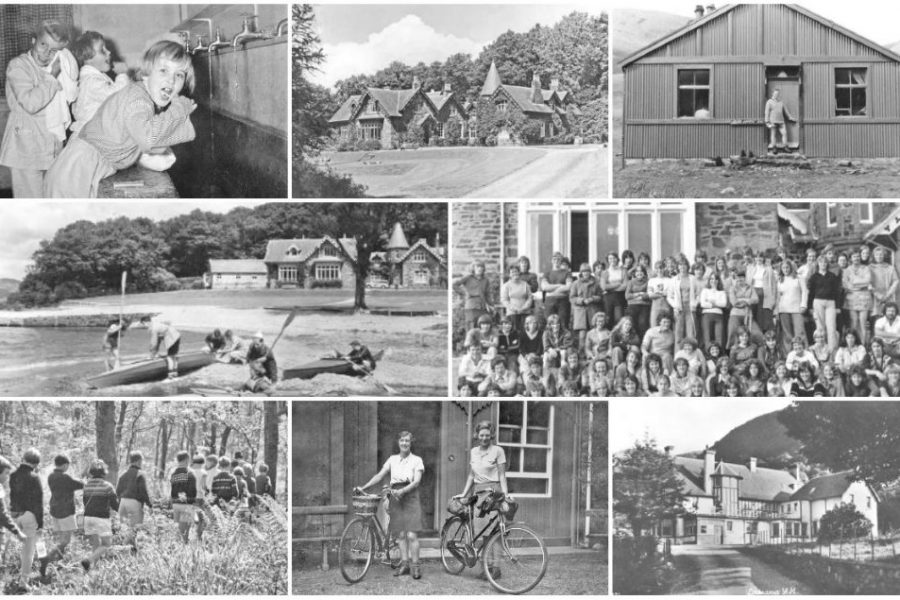 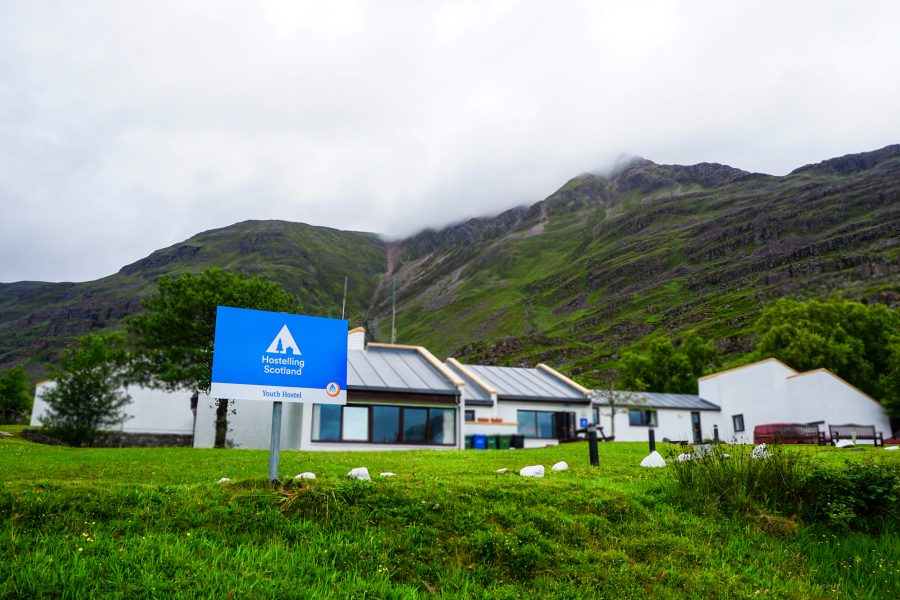 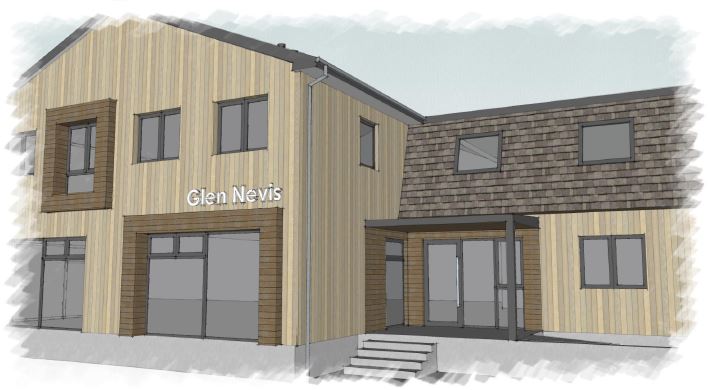 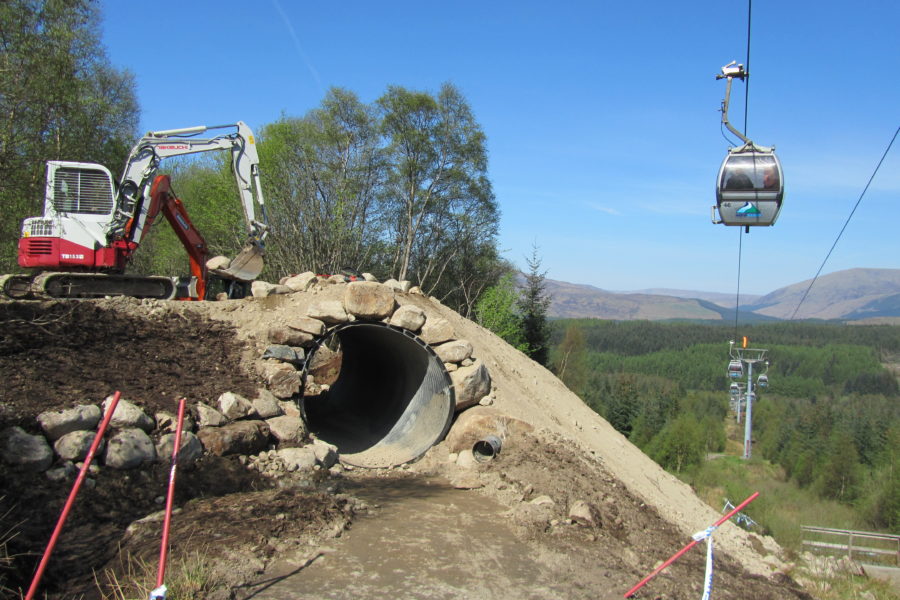 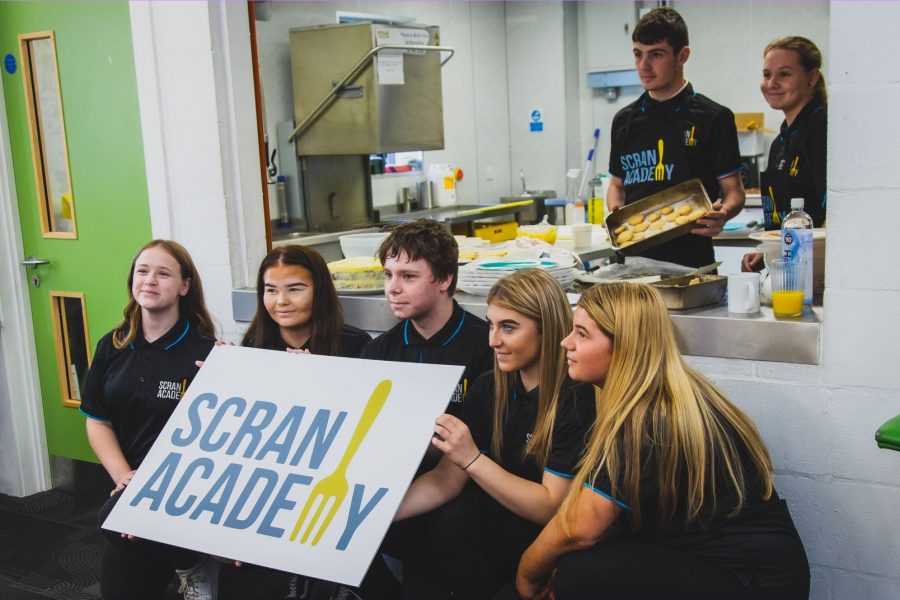 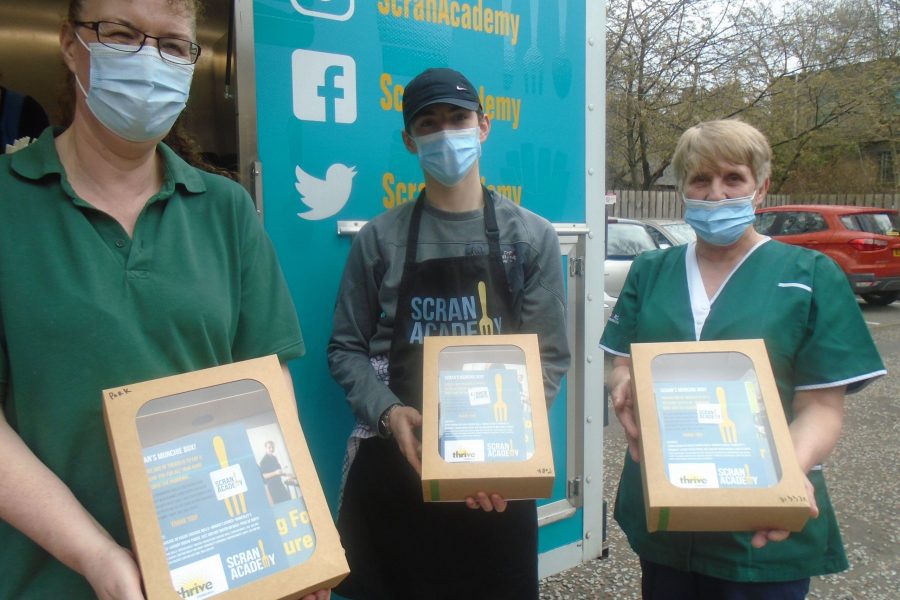 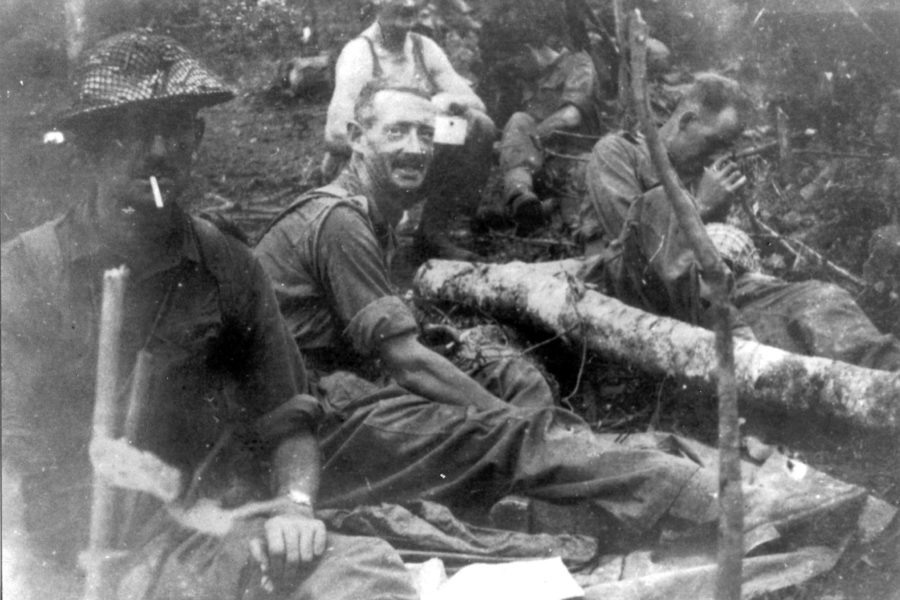 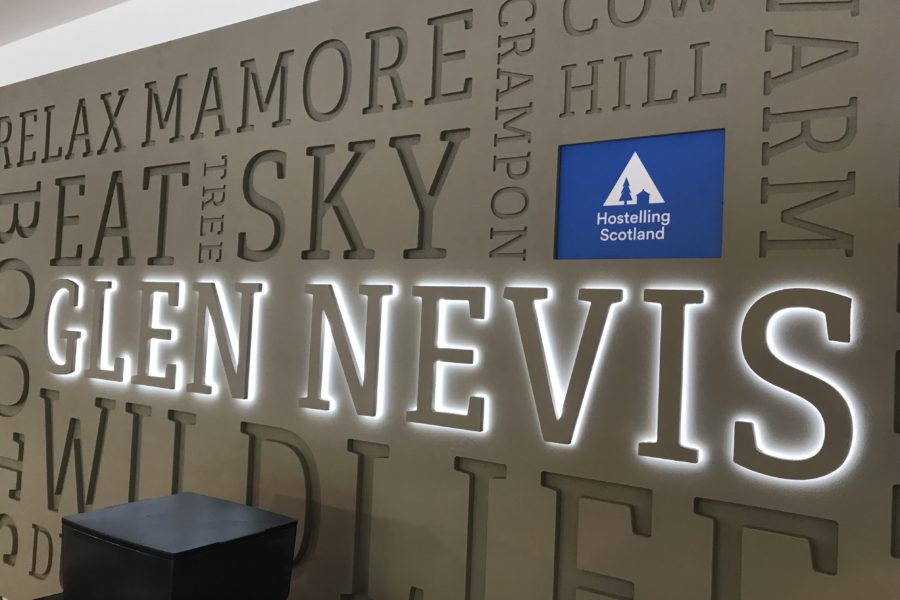 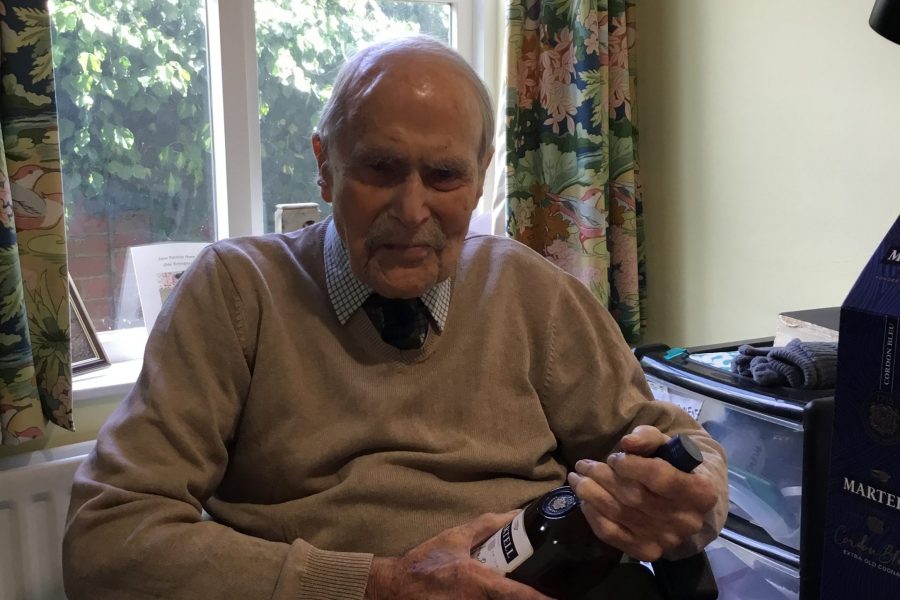 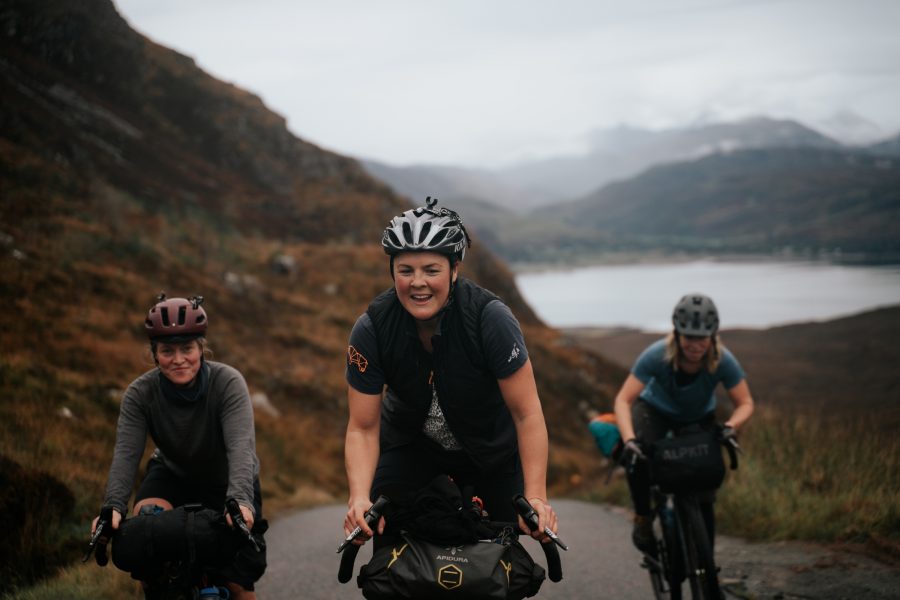 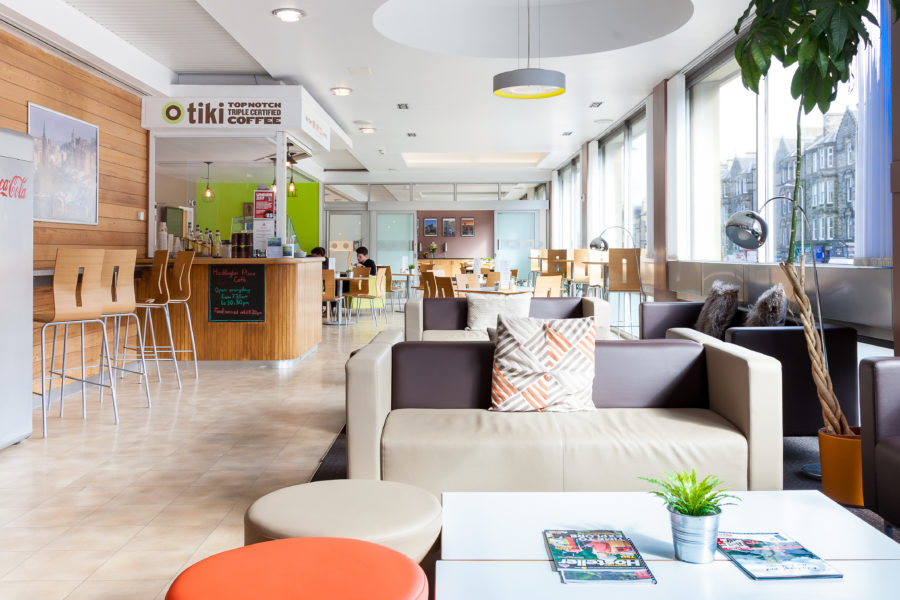